What Will Entrepreneurship Look Like In the Future? - TalentMatched

In spite of how I sometimes act on Twitter, I’m not one of the smartest people in the world. That’s beside the point. You don’t have to be a genius to notice some of the more important trends and take some guesses about where they’re leading and that is exactly what I’m going to do.

I want to try to avoid massive, science fiction predictions as much as I can; anyone can guess that, in the future, we will replace our brains with computers and that verbal communication will be replaced with telepathy. I won’t embarrass myself by going there.

Instead of turning this article into the lyrics of In the Year 2525, I would like to hedge some small, what I hope are reasonable, bets about what entrepreneurship in the near future will look like. I’ve based these predictions on trends we’ve seen over the past 20+ years and I would definitely be willing to bet money on any of these coming to pass.

Globalism will be even more important

Globalism is already, arguably, the defining market force of the century thus far. Economics has always been a global enterprise where the tides of markets on the other side of the world could spell fortune or doom for firms twelve time-zones away. The last fifty years have brought that into – sometimes painfully – clear focus.

Between the ever expanding role of the internet in business, the growing familiarity of businesses in foreign market, growing middle and business classes in countries like China and Brazil, and the proliferation of global business languages (primarily English), conducting business across the borders of nations will get more and more attractive in the future. As this happens, we will begin to see entrepreneurs tap into foreign markets with new or re-tooled products to increase their profitability.

One trend we’ve witnessed in globalism is that, as the world gets bigger, people want things that at least feel more local. This will provide great opportunities for entrepreneurs to work with foreign counterparts to import foreign ideas and repackage and rework them into a form that a local market will find new, yet familiar enough to trust.

Communication tools will get better

When I think of the future, I think technology, so this one is pretty obvious. While, in the past, I’ve expressed doubts that technology will ever really truly enact revolutionary change in the basic roles of business, it definitely changes and improves them. Better technologies – especially communications technologies, increase the speed and efficiency of workers and allows companies to extend their reach even further. I suspect that, in the future, we’ll see improved communications technologies working alongside the expanding role of globalism to allow for teams with members located far apart from each other.

Telecommuting and teams pulled from across countries are already things that exist, but they are also things that have a lot of kinks in them. Slow response times, and Skype being an increasingly unruly piece of software all (in my experience, at least) contribute to making employers think twice about forming remote teams of remote people.

But, if you will allow me to put my sci fi hat on for one quick example, imagine what a teleconference using a V.R. device like the Occulus Rift and run over newer internet connections like Google Fiber would look like. A combination of near future V.R. and faster internet could help to expand the advantage that tools like video messaging provide. Also, it would proabably look like something out of Star Wars.

If there is such thing as a marketing revolution, it’s the collection of big data. Big data has allowed marketing to become more effective, more targeted, and more accurate than ever before. Where the gut instincts of out of touch marketers and biased focus groups fail, the raw numbers of big data can often succeed. As more companies find the tools and motivation to pursue ever increasing big data usage it’s only going to get bigger.

There are debates about the role of data collection in business and people may occasionally complain about the most grotesque overreaches of user agreements and breaches of privacy, but – on the whole – the message of the past decade is clear. People are eager to trade some amount of privacy for convenience and that is what big data thrives on and will continue to thrive on.

Big data will allow entrepreneurs to quickly and accurately determine whether or not a market exists for their products and could save some ill-fated projects the trouble of trying. For projects that are promising, big data and targeted advertising will let entrepreneurs focus their product launches on promising markets and potentially allow them to succeed on smaller budgets.

The core of entrepreneurship will mostly remain the same

The awkward thing about the future is how much it is going to resemble right now. Before I left academia, one of my jobs was to look through archives of old magazines covering what would have been the hemorrhaging edge of marketing practice in the late 1800’s. What struck me was how many of the articles were introducing ideas that are still used today.

Back when people discussed the validity of cutting edge pseudoscience like phrenology and phlogistons, entrepreneurship had many of the same rules it has now. Before globalism or computers were conceived of as tools of business, entrepreneurship existed to reward people with big ideas and the ability to handle risks and challenges. The reason for this is because, at least for the foreseeable future, no matter how much business changes, it will still be conducted by humans and humans don’t really change. With how much about entrepreneurship and business is just part of being human, there’s always the chance that when the future arrives, we won’t even notice.

Do you have any guesses about what the future of entrepreneurship will look like? Feel free to tell us about it in the comments. 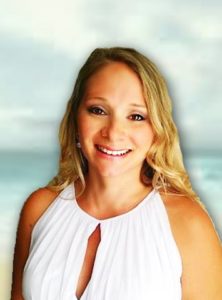 Our team at TalentMatched has over 60 years of combined passive recruitment experience. We are a boutique search firm specializing in helping executives identify, select, and attract the best passive talent for their organizations.

Get The Top 3 Secrets to Hiring The Best Talent

Want to Chat? Book a Call With Kim Today